Discovering and sharing music has been a life-long passion for Travis Parkin. For more than 50 years he has sought out, collected and catalogued both newly recorded music and little-known gems from days gone by.  Born in Johnstown, New York, in 1949, the son of second-generation glove factory workers, Travis grew up listening to the sound of his father’s harmonica as he rehearsed and played with a local 50's C&W band.  The small blue-collar town of 10,000 residents boasted a single radio station, WENT-AM, which played Patsy Cline, Hank Williams, Ernest Tubb and other country artists of the day.  Some of Travis’s earliest musical memories were formed with a backdrop of popular country music at the breakfast table in the wood-frame home of his father and stepmother.

In the early 60's, Travis left Johnstown and headed 50 miles south to Albany, New York, where he moved into the small tenement house apartment occupied by his sister and mother.  In Albany, Travis attended inner-city junior and senior high schools, both with large African-American student populations, where he embarked on a foreign-language educational fast track completing four years of studies in Spanish and Italian. During his sophomore year when he was just 15, Travis ran away from home and found himself living on the streets of Albany. After a week or two, he was taken into the housing-project apartment of his African-American high school friend, Henry Johnson. The Johnson’s were Pentecostal Christians (white folks at the time referred to families like the Johnson’s as “holy rollers”) and highly active members of the First Church of God in Christ.  One of the rules set forth by the family matriarch was, “If you’re gonna live under Anna Mae Johnson’s roof, you’re gonna go to church on Sunday.” Soon the 15-year-old Parkin found himself attending an all-black church where he joined the choir and learned to sing Gospel music.

It was also while living in the South End housing projects that he discovered R&B, Soul and Jazz. Pee Wee Harris, the father of another of Travis's close friends, Eddie Harris, was the owner of Albany's only Jazz and Soul record shop, Ten Eyck Records. Parkin's first DJ experience came at the age of 16 when he cajoled Pee Wee into sponsoring a weekly Friday-night Soul music program on Albany's WABY-AM. Travis and Eddie co-hosted the show for nearly two years. Throughout this time, Parkin continued to attend Albany’s Phillip Schuyler High School where he became Senior Class President in 1966 and graduated as the salutatorian in 1967.

In 1970, thanks to his foreign language skills, Travis was hired by Trans World Airlines to work as an International Flight Purser where he served onboard Boeing 707 and 747 aircraft between New York and various European destinations. In 1973, Parkin moved to New York's East Village and when he was not en route to and from Europe, he worked as a NYC cab driver as a way of supplementing his income. Travis hotwired an eight-track cassette player under the dash of his taxi, carried a peach crate filled with tapes, and arguably became the first NY cabbie to offer onboard DJ services to his passengers.  While living in Manhattan, Travis caught the tail end of the folk music explosion and could frequently be found in folk and jazz clubs in the West Village and Harlem. During his six-year tenure with the airlines, Parkin used his destination layovers in Europe to expand both his awareness of international music and his personal vinyl collection. 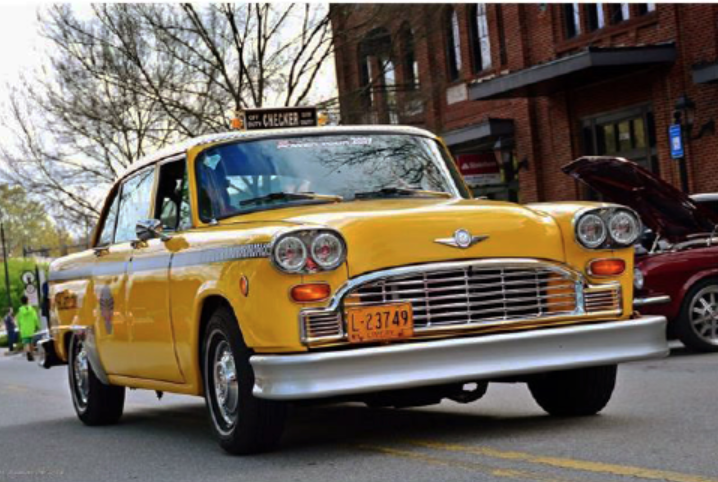 In 1980, Travis Parkin relocated to San Francisco where he quickly found a home in the emerging punk rock community centered in the city's Mission District. In 1981, he opened Dead End Fashions, the West Coast's first punk clothing store (one of his early employees, Bill Gould, went on to co-found and play bass for the experimental alternative rock group, Faith No More). During the early 80’s, Parkin published a weekly Bay Area guide to Punk, Reggae and Rockabilly music performances at both underground and established venues. In 1984, Travis opened his first nightclub, The 16th Note, in a vacant San Francisco firehouse on 16th Street in the Mission. It became the city's first Hip-Hop and World Music nightspot. (Travis is credited in Charlie Gillett's The Secret History of World Music with coining—along with legendary World Music DJ, Jonathan E.—the genre term, World Beat.) The Mission was also the home to a large Latin-American population that provided Travis with considerable exposure to many types of Latin music and associated dance forms. 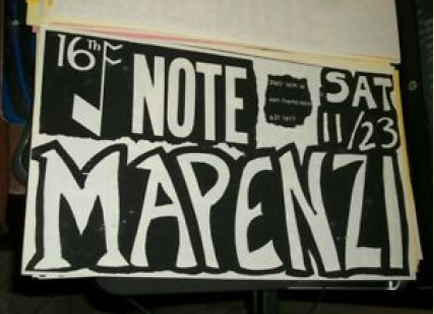 Parkin moved to Taos, New Mexico, in 1986 where he and his former wife operated an 11-room, bohemian lodging establishment, The Laughing Horse Inn. Described in the New York Times Travel Section (1988) as "the coolest little hotel in the universe," the inn's regular loyal guests included experimental composer and musician, Laurie Anderson as well as folk singer, Kate Wolf. During his time in Taos, he operated Seven Arrows Music, the nation’s first Native American retail mail-order music catalog.  It was also while living in Northern New Mexico that Travis rediscovered Country & Western music and from 1991 to 1992, he hosted a weekly Alternative Country program, The Radio Ranch, on KAFR-FM in Angel Fire, New Mexico.

In 1992, he co-founded Ramona's Dance Hall, a popular, albeit short-lived Taos nightclub that hosted a number of national acts including Etta James, Asleep At The Wheel, Townes Van Zandt, Sheryl Crow, Eddie Harris, The Glenn Miller Orchestra, J.J. Cale and others. 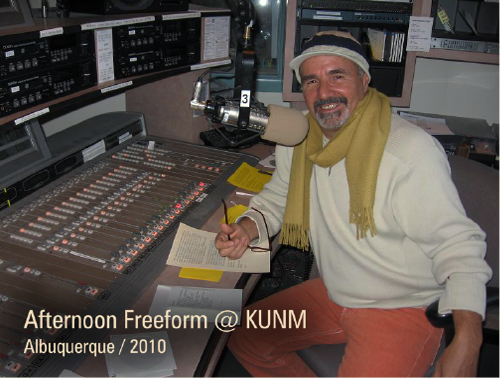 In 1993, following the demise of Ramona’s, Travis relocated to Albuquerque, New Mexico, where he launched a small, independent graphic design firm specializing in logo and print media design. In 2004, he joined the volunteer staff at KUNM-FM, New Mexico's largest public radio station where, from 2005 to 2013, he was the alternating weekly host of the station’s primetime Thursday Afternoon Freeform music program. During that period, Travis Parkin produced a dozen hour-long episodes of The Beat Goes On, a syndicated theme-driven music program that is made available free of charge to public radio stations across the US and Canada through the Public Radio Exchange (PRX.org).

In the spring of 2014, Travis Parkin launched Rebel Spinner Radio, a 24/7 streaming music service headquartered in Albuquerque, New Mexico. Parkin calls it his “gift to the music lovers of the world.”

The rotation is comprised of nearly 11,000 handpicked selections from his extensive, fully digitized and catalogued music library. The station’s tag line, “The best music you’ve never heard” references Parkin’s efforts to curate and continually update a stream of compelling, lesser-known selections culled from a wide variety of genres.